So you’ve decided to make your family a delicious summer fruit tart, or take advantage of the fall’s harvest by baking a sweet pumpkin pie, but there’s just one snag… the recipe calls for blind baking the crust and the addition of pie weights, and that’s not something you keep hanging around your kitchen.

But don’t fear. While there’s a large variety of different pie weights available today for the home baker, there are plenty of substitutes that you can use if you’re in a hurry, and different techniques you can use for blind baking.

Some easy alternatives for pie weights include dried rice, beans, or corn, steel balls, metal chains, sugar, and a second, smaller pie form. We’ll take a look at each of these in more detail below.

But first, let’s take a step back and explore what blind baking is, and when and why you might have a need for pie weights. 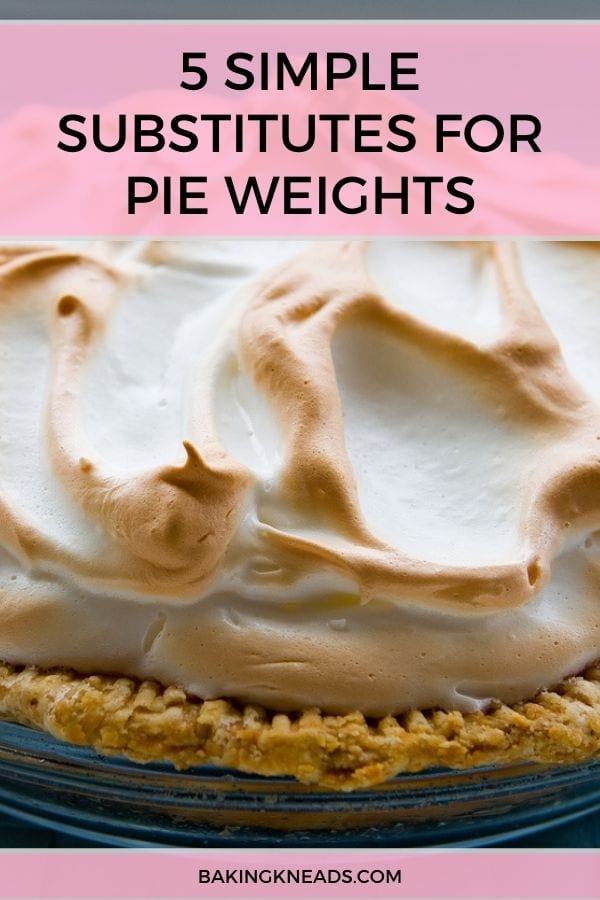 What Exactly is Blind Baking?

Blind baking is essentially the pre-baking of a pie or tart crust without the filling. It can be either partially or fully baked depending upon the recipe. The filling is then added to the pre-baked crust and baked further if required.

You can learn more about this process in my article about blind baking.

When Should I Blind Bake?

There are several situations when a crust may need to be blind baked. In some recipes, such as those for fresh fruit tarts, cream pies or chocolate pudding, the crust is baked but not the filling.

In these recipes, the pie crust or tart shell will be fully blind baked before the filling is added. 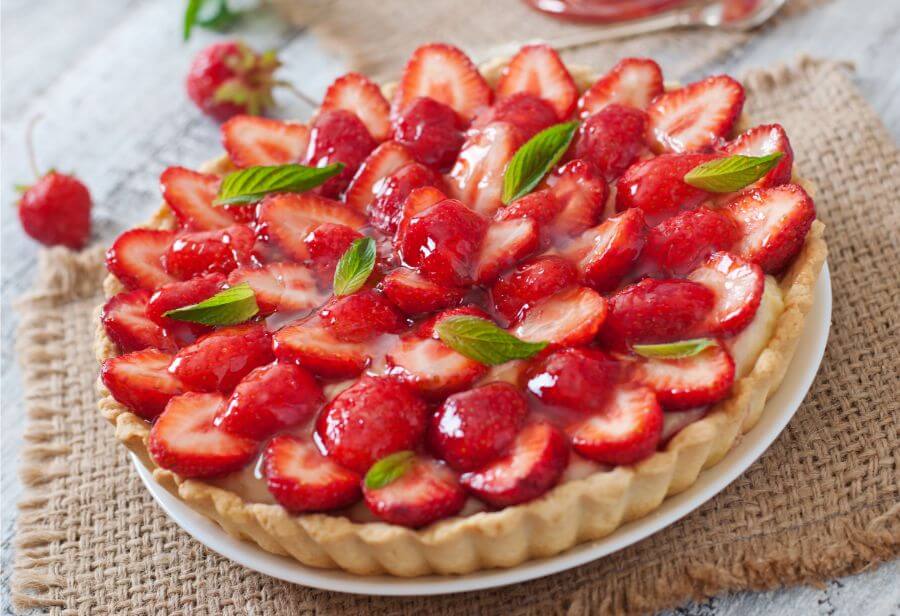 Other fillings may require only a short period of baking or a lower temperature than the crust, and so the crust will need a head-start if it is to become crisp. Custard pies for example can curdle if baked for too long.

A pie crust can also become soggy (see my tips for preventing this from happening) if the filling is too wet, as with quiche and some fruit pies, and blind baking helps to prevent this.

Why Do I Need Pie Weights?

One problem with blind baking is that without a filling to hold down the pastry, the dough can puff up as steam produced during baking gets trapped in the dough’s gluten structure. This can lead to an uneven crust, and over- or under-baked areas.

Shrinkage of the sides as they bake can also be an issue, and the sides even have a tendency to fall in or collapse. Pie weights solve these problems by filling the crust during blind baking and holding it in place.

Here’s nice video that shows the effects of using pie weights (dried beans in this case) when blind baking. Skip ahead to about the 2:45 mark:

Commercial pie weights usually take the form of ceramic balls. A sheet of parchment paper or aluminum foil is placed over the crust and the weights are then placed on top.

The paper or foil prevents the weights from sticking to or becoming embedded in the dough, and make removal of the weights easier.

Pricking the dough with a fork – known as “docking” – is often suggested as an alternative. It helps the steam escape, and can reduce the amount that a crust puffs up, but the sides can still be a problem and wet fillings can seep through these holes into the crust, making it soggy.

Luckily there are plenty of alternatives to pie weights that you might have lying around the house or right in your kitchen, which can be used as a substitute and will work just as well. 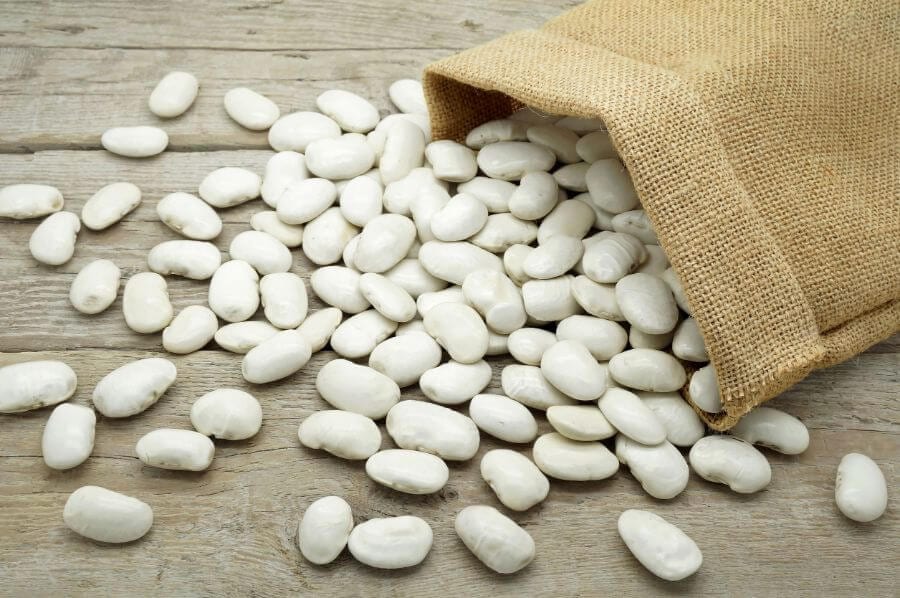 You may already have heard of “baking beans,” which are simply dried beans used as makeshift pie weights. Rice, popcorn or similar dried foods can also be used, and are something you may have on hand in your kitchen.

They can even be re-used and kept as permanent pie weights.

2 – Steel Balls or Other Metal Objects

Small steel balls or other metal objects have the added advantage of holding and then radiating heat to the crust, which can help to give a more even bake.

Make sure that any items that you use are clean, and oven safe.

In addition to the above benefits, a metal chain is much easier to handle – just make sure you have oven gloves on when you remove it! 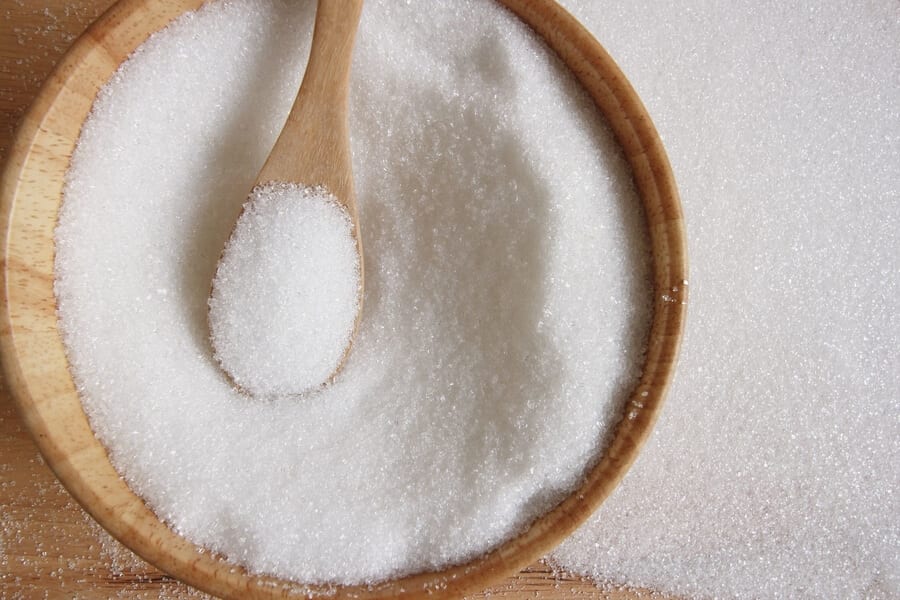 Sugar is cheap and in every kitchen pantry. Simply mold some aluminum foil around the pie crust and up the sides, then fill the crust with sugar. It will fill every nook and cranny of the pie tin, making sure that the dough is firmly in place.

Re-use the sugar several times before using it in your favorite recipe for a toasted, caramel flavor.

Perhaps the most ingenious substitute is to lay another, smaller pie form over your parchment paper or aluminum foil. This can then be inverted and baked upside down on a baking tray, to allow gravity to work its magic!

No more puffing, and no more shrinkage of the sides. A set of pie forms which fit inside one another would be perfect for this solution.

Follow the advice above and you should be baking perfect pie crusts every time, no matter your choice of pie weights!

Now that you have the crust figured out, here are some clever ideas for your leftovers!