Pies are delightful any time of the year, but my favorite time is summer, when fresh fruit is in season. Strawberry-rhubarb, blueberry, or cherry….there isn’t a pie my family and friends don’t love.

But there’s nothing worse than making the perfect pie crust only to have the bottom get soggy when baked with a fruit filling. Suddenly the tasty treat you’ve been looking forward to has turned into a big baking fail.

You can avoid those pie baking disasters with the 11 tips and techniques below.

For everything else, see my article about avoiding baking disasters in general.

1. Using Less Water in the Dough

The moister your dough is, the more likely the pie is to get soggy when baked with a fruit filling.

Follow your recipe, but never add all the water at once. Work the water into the dough a teaspoon or two at a time, just until the dough softens and comes together.

A rule to follow is that the dough should still be flaky in appearance but stick together when pressed into a ball.

The best way to prevent soggy crust is by blind baking the crust before baking it with the fruit filling.

To blind bake, line the pie plate with the pie dough and then place pie weights on top to stop the crust from rising up and bubbling or shrinking.

Check out my post about blind baking if you want to learn more!

One of the reasons that fruit pies have a soggy bottom is from the moisture of the fruit. A good way to reduce the amount of fruit juices in the filling is to toss the fruit with sugar, letting sit in a bowl for about 30 minutes. Then strain the fruit, eliminating some of the liquid.

Tip: Don’t just toss out the juice – you can boil down the sugar-sweet juice and if it’s thick enough, you can mix it in with the fruit before baking. Or you can keep the thickened juice and use over pancakes or waffles.

When rolling out the dough, make the bottom a little thicker than the sides of the pie – press left over pieces of dough into the bottom of the pan to add even more thickness.

When baked, a thicker dough can prevent the fruit filling from leaking into the bottom crust.

You can add a barrier between the crust and fruit by adding another layer in between. You can sprinkle other ingredients on top of the crust, so long as they’re not going to change the taste of the pie.

Almond paste is another great option keep crust light and crisp. After blind baking, smooth out a layer of almond paste onto the crust. Then layer fruit over top.

This works really well with apple pies, as the flavor of almonds blends with the cinnamon-tossed apples.

6. Use a Beaten Egg to Seal

Sealing the crust keeps it nice and crisp. After blind baking, beat a whole egg or just the egg white – then brush the baked crust and return to the oven for another 2 to 3 minutes to set the egg.

This makes a good barrier between the crust bottom and the fruit filling before baking.

Why does this work? The protein in eggs helps to create a protective layer on the crust that keeps out the moisture.

Another way to create a barrier between the fruit and crust is by using corn syrup. After blind baking, brush corn syrup over the crust, layering the fruit mixture over top.

The sugar in the corn syrup will start to crystallize from the heat of the oven, which keeps the fruit juices from soaking into the bottom crust.

The type of pie dish you use can make a difference between a soggy pie and one that is crispy. Heavy, black pie tins are better for fruit pies than pans that are shiny and light.

The reason for this is that heavier pans are better at conducting heat and retaining that heat throughout the baking time.

If you’re making a pie with a double crust, cut a few slits into the top crust so that some of the steam can be released. Letting some of the moisture escape can help prevent a soggy bottom crust.

When you’re ready to preheat the oven, place a baking sheet on the middle or lower rack so that it heats as well. When the oven is preheated, place the pie dish right onto the hot baking sheet.

There’s a little bit of science behind this technique. Pie dough is made using chilled fat, such as butter, that’s been worked into all the layers.

When the dough is heated quickly, the fat particles start to liquefy and melt, working their way into the flour and building up a barrier against fruit juices.

Another solution that works well for me is baking on the lower rack in the oven. This allows oven heat to bake the bottom of the crust to a nice crisp. It’s also a good way to keep the top of the pie from baking too quickly and getting too brown.

Even if you’re not baking a fruit pie, baking on a lower rack prevents any pie crust from getting too soggy or under-baked.

One last tip for preventing soggy pie crust is one that adds a whole new level of sweetness to your pie.

After blind baking the crust, let it cool completely. Then brush with melted chocolate of your choice – milk, dark, or white. Let the chocolate set for a few minutes and then add the fruit filling on top.

This is a great way to keep the crust crisp and light and get in a taste of chocolate flavor as well. I often use this method with a strawberry pie. After all, what’s better than pairing strawberries and milk chocolate? 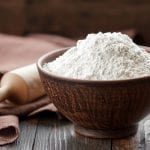 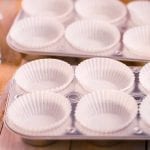 How to Store Pumpkin Pie (To Keep It Fresh and Safe)

What to Do with Leftover Pie Crust (9 Creative Ideas)