Whether you make puff pastry on your own or take advantage of the convenience of buying it packaged and frozen, this flaky pastry is wonderful to bake with.

Sweet or savory, puff pastry can be used in a wide variety of recipes. Crisp and light, during baking puff pastry should rise to several times its thickness, resulting in many layers of flaky dough.

But sometimes things can go wrong, either with how you make the pastry, how you use it in a recipe, or during the process of baking.

Let’s take a close look at why puff pastry didn’t rise and what you can do make sure it rises and bakes up perfectly next time.

How does puff pastry rise so nicely in the first place? It’s the procedure of rolling and folding the dough that makes it rise so beautifully.

It starts with a basic dough recipe which is chilled until it’s cold and stiff. A large amount of butter is then rolled and folded into the dough over and over again.

The fat in the butter ensures that the layers of pastry dough are resistant to water so when baked the heat is caught between the many layers forcing it to rise and lift.

If you make your own puff pastry, rolling it correctly is going to make all the difference in how much it rises. When you start rolling butter into the pastry, both the dough and the butter need to be chilled to the same temperature. If the butter isn’t cold enough when rolling it will melt into the dough and the pastry won’t rise nicely when baked.

Another way to ensure that your puff pastry rises is to avoid rolling over the edge of the dough. If you roll over the edge, the layers of dough on the sides will be compressed together and the pastry won’t rise correctly.

As a general rule of thumb, depending on the recipe, try to get your pastry rolled to about a ¼ to 1/3 -inch in thickness.

After you’ve rolled and folded the puff pastry dough you’re ready to cut it. It’s important to cut with a sharp pastry cutter or knife without a serrated edge. You want to cut cleanly and smoothly through the dough without compressing the edges together. This way the layers will remain flaky and crisp when baked, helping the pastry to rise and bake a nice golden brown.

Try to handle the dough as little as you possibly can. The more you work with the dough the more gluten will build up, leading to a flat dough that won’t rise.

If you have a few pieces of pastry to prepare and get ready for baking, keep part of the dough in the fridge until you’re ready to use it. Then switch, working with the new pieces of dough while chilling those that are ready to be baked.

If you’ve made your own puff pastry and frozen to use later, or purchased puff pastry from the store, be sure to thaw it fully before using. If you pull the dough out of the freezer and it hasn’t thawed enough, not only can the dough crack, it may not rise enough when baked.

The fat in the butter needs to thaw and build up between the layers of the dough so it rises while in the oven. Letting dough rest at room temperature for 30 minutes is just the right amount of time for the pastry to thaw.

Tip: I pull the puff pastry out of the freezer the night before and place it into the fridge to thaw slowly.

Another way to ensure that your puff pastry gets a nice rise, is to chill the dough before baking. Once you’ve made your turnovers or puffs and have them on the baking sheet ready to go in the oven, put the pan in the freezer for 5 minutes.

Dough that is colder will rise more since it takes the butter longer to melt in the oven. This technique also ensures that the pastry will keep its shape instead of leaning to one side if the butter melts too fast.

Baking at the Right Temperature

One of the most common reasons that your puff pastry didn’t rise is the baking temperature. Puff pastry needs to be baked in a very hot oven of about 400 degrees. This high heat is necessary to create enough steam in the oven, so the dough rises. What happens if the temperature is too low? Low oven temperatures can cause the puff pastry to fall flat and sink in on itself.

Don’t be tempted to put the pan in the oven until it’s preheated and hot at the right temperature. As soon as the dough hits the oven the fat in the butter needs to conduct the heat so that the moisture within the dough turns to steam, puffing up the layers of dough.

Even if you know that your oven has a uniform temperature throughout without any cold or hot spots, I recommend rotating the pan half way through the baking time to ensure that the dough rises and browns evenly. This reduces the risk of part of the pastry rising while the other half doesn’t.

When you know what to watch out for when working with puff pastry it’s much easier to ensure that dough rises as it should. Use my tips here and the next time you’re making a sweet and delicious apple strudel or a savory mushroom and feta cheese tart, you’ll have puff pastry dough that’s risen just perfectly. 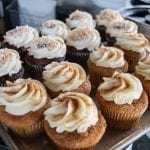 7 Creative Ways to Fill Cupcakes (Without Buying a Tool) 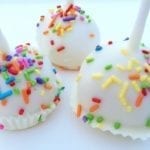 3 Easy Ways to Make Cake Pops Without a Mold