Pudding is a dish that people all across the world love for its light texture and its decadent flavoring. Because of this, many people try to make pudding themselves. When they do this, they find that making pudding isn’t nearly as simple as some people think that it can be.

There are a lot of steps involved in making pudding and there is a lot of technique involved when it comes to making sure that the pudding is just the right texture. With that being said, there are many people out there who struggle with perfecting the texture of the pudding and end up with a slightly watery mess that nobody really appreciates.

Thankfully, there are a few options that these people can turn to so that they can make the best pudding possible with the least amount of trouble. To put it simply, there are three main methods that you are going to want to pay attention to with the first method being a precautionary step before you invest any money into special ingredients for this special dish.

Pudding can be quite the finicky dish, which is something that people do not always expect when there are pudding mixes in the stores. Because of this, it can take a fair amount of trial and error to make sure that you are doing everything properly.

The main way to thicken up pudding without adding additional thickeners is to make sure that you are aware of just how much you are mixing it up. If you mix it too vigorously, it can become too watery. If you mix it too little, the ingredients won’t combine the way they should.

It can take some effort to try and figure out just how much mixing you should do to get the pudding to your desired thickness. For some people, it might not even be the way that you are mixing the pudding but it might be that you read a recipe wrong and you messed up the ingredients slightly.

If you are working with a pudding recipe for the first time, you should consider looking at just how often you are mixing the pudding and how vigorously you are doing so, and ultimately making sure that you are following the recipe. This step should always be a first before you add something brand-new to your ingredient list and alter the way the recipe works.

Adding in Something New

There are two main ingredients that you can try adding to your dish to forcefully thicken it up. Which one you choose is completely up to you and neither of them is particularly better than the other option. It all comes down to what is available in your area and what you feel more comfortable adding in.

Your choices are gelatin and a starch-based thickening agent (specific types of flour). Gelatin can be a bit more tedious in terms of measuring out how much gelatin you need and making sure that the gelatin is doing what it should. On the other hand, the process for adding starch can be a bit more complex for people who are not too used to cooking.

When you are working with gelatin, you are going to want to make sure that you know the full recipe for your pudding and all the measurements of it; otherwise, there will be a bit of extra work when it comes to measuring things out later.

First things first; you will want to whisk your sugar, milk, and cream together and bring that to a simmer. You will need to measure out three-quarters of a teaspoon of gelatin powder for every cup of liquid in the pudding. Making sure that you are exact as possible is going to help you out with minimizing the amount of undissolved gelatin that you will have to remove.

With that gelatin, you will want to stir in about two to three times its volume in cold water and then let the gelatin “bloom” for about three to five minutes. The amount of water that you will need to add will depend on your preference and what you expect from the gelatin. The amount of time that it will take to “bloom” will depend entirely on the gelatin itself.

Now that you have your gelatin, you will want to melt it over a cup of hot water or in the microwave for stints of 15 seconds until it is a complete liquid without any lumps or bumps. You will want to pour the liquid gelatin as a fine stream into the pudding mix, stirring the pudding slowly and steadily.

You will want to keep stirring that pudding until you are absolutely confident that the gelatin has completely diffused itself into the mixture. This ensures that the pudding will thicken as it is supposed to without having little pockets of liquid pudding in areas where the gelatin didn’t touch.

Now that you have your pudding, you will want to strain it into a mold or onto small serving cups. Straining the pudding will allow you to keep back any blocks of undissolved gelatin, keeping your pudding complete and smooth.

In theory, this should do a lot in terms of making your pudding more gelatinous, pudding-like, and much thicker overall. If you are struggling with your pudding recipe, this is a quick and easy way to make sure that your pudding turns out properly and perfectly.

Working with a Starch-Based Thickening Agent

Starch-based thickening agents are typically flours and they are much easier to work with for some people. Keep in mind that because flour takes a long time to lose its characteristic flour-y flavor, you will want to make sure that you are searching for a specific type of starch flour called an “instant” flour.

You will want to start by heating your milk and cream mixture on moderate heat on the stove. However, you should keep back between one-quarter and one-third of the total mixture, keeping it cold while you prepare the other steps.

While you are doing this, you will want to combine the sugar with the starch-based thickening agent of your choice. Whisk the cold portion of the milk and cream into the starch and sugar combination until everything is fully dissolved and you are left with a liquid.

Once you have done this, you will want to pour this cold mixture into the hot milk. Make sure that you are pouring it as a thin stream, whisking the hot milk until everything has been fully incorporated. From there, you can continue cooking the pudding over a low heat until it has completely thickened up.

After the pudding has thickened, you can remove it from the heat and add any flavoring that you desire into it. Strain it into the serving cups, leaving any lumps of flour behind in the strainer so that your pudding stays as smooth as possible.

Which One Is Better?

While neither method is inherently better than the other, they each have advantages and disadvantages over each other. For instance, gelatin takes a fair bit more measuring than the starch does but the starch takes a considerably larger amount of mixing to make sure that it is perfect.

With these things in mind, you will easily be able to decide which thickening agent is best for your pudding recipe. Before you know it, your pudding will be perfectly thick and smooth. 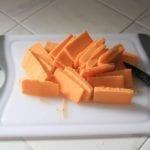 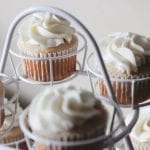 How to Make Cool Whip Frosting Thicker (In 4 Easy Methods) 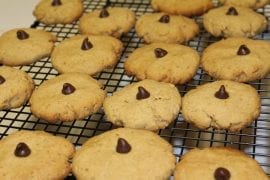 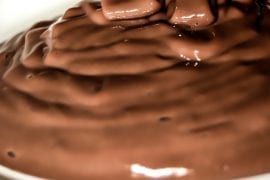 Custard vs. Pudding (The Key Differences and Similarities) 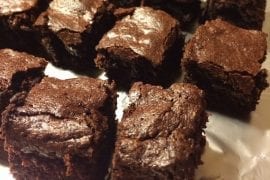