When it comes to baking, there’s not much that beats a delicious brownie. Chewy and soft. Rich and chocolatey.

But every now and then you’ll get a batch that bakes up hard instead of soft and moist. Or a pan of brownies that’s nice and soft on the day you bake, only to turn hard and crisp the next day.

Before you know it, no one is even attempting to eat your brownie creation!

Not to worry…using some of my tips here, you’ll know how to soften hard brownies in no time, making them scrumptious and tasty and ready for your family and friends to enjoy.

A tried and true method to soften brownies is to use a couple slices of white bread. Cut brownies into squares and place them in an airtight container – plastic like Tupperware works great. Place the bread slices over top of the brownies and seal the container, leaving them to sit overnight.

The next day your hard brownies will be nice and soft once again. The science behind this method – the brownies absorb the moisture from the white bread, making them almost as soft and moist as when they were first baked.

Wax paper seems to do the trick to make hard brownies soft again. Line a shallow sealable plastic container with wax paper – I like using a 9×13 sized container.

Cut brownies into individual pieces and place a layer of brownies onto the waxed paper. Try to place them so the sides aren’t touching, with plenty of room between each.

Place a sheet of waxed paper over top of the brownies and cover with the lid, making sure the container is air tight. This technique works really well to soften up the hard, crispy edges of brownies that have been slightly over baked.

3. Soften in the Oven

A fast and easy way to soften hard brownies is by putting them into the oven for a few minutes. Set the oven to 300 F. Line a cookie sheet with parchment paper. Cut brownies into pieces and set on top of the paper. Place the cookie sheet into the pre-warmed oven for 1 to 2 minutes.

The heat of the oven will quickly warm up the brownies, making them soft and moist. You’ll need to serve them shortly after heating them…otherwise they’ll soon harden up again.

As with the oven method, using a bit of heat is a great way to soften brownies. Wrap each brownie piece into a layer of damp paper towel to add moisture to the microwave.

Place into the microwave and heat on medium for about 5 seconds. Check to see how soft the brownies are – repeat for another 5 seconds if necessary.

You’ll need to eat them right after heating or they’ll quickly become hard and crunchy. Here’s a little secret –after I soften hard brownies in the microwave I like to add a dollop of vanilla ice cream on top when serving.

Never store your brownies in the fridge. It may seem like a good idea to keep them cool so they stay soft, but the opposite will happen. You’ll end up with hard and dry brownies just a couple of hours after refrigerating.

The reason for this? At low temperatures the sugar in the brownies will start to harden and crystallize, making the brownies hard and crunchy. Another problem with the fridge is that the low-humidity will take the moisture out of the cake, leaving it dry and crumbly.

One of the ways you can prevent your brownies from being hard is to make sure they bake up nice and soft. Brownies are better under baked than baked too long.

Always check brownies in the oven a few minutes before the timer is set to go off. Use a cake tester or toothpick to check the middle of the cake.

With a perfectly baked brownie, the tester should pull away with crumbs still attached. If it comes out clean, your brownie has been in the oven too long! And this means soft and moist brownies will be hard, with the outer pieces being over baked.

After baking brownies, wait until they cool completely before cutting. Cutting too soon into a brownie that’s still warm can cause them to harden up…quickly!

Always wait until they’re cool – even if your family has been lured to the kitchen by the delicious aroma of baking brownies.

If you’re not going to be eating brownies on the day you bake them, you risk them being hard the next day. You can keep them soft and chewy by cutting them and wrapping them into individual pieces.

After baking, wait for your brownies to cool completely. Then cut into serving size pieces and carefully wrap each piece in plastic wrap. You can store in a container at room temperature for up to three days.

They also freeze well for up to four months when wrapped individually. After wrapping them in plastic, wrap them up in another layer of aluminium foil and then in a large freezer bag or container.

When you’re in the mood for a brownie just pull as many pieces as you need out of the freezer. Let them thaw completely before removing the plastic wrap.

This method of cutting and wrapping each brownie serving is a great way to ensure that your brownies are nice and soft.

There are going to be those batches of brownies that are going to stay hard no matter what you do to fix them. When this happens, I do one of the following:

So, as you can see, hard brownies can be softened! Use one of my techniques here to fix up those brownies that just aren’t soft and moist enough to serve your family and friends as is.

If all else fails, use one of my delicious tricks – even hard chocolate brownies are scrumptious on their own with a little sweet fix. 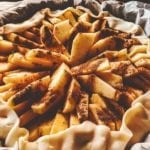 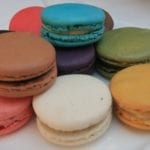 How to Make Macarons Without an Oven