To people who may not be interested in cooking or to young children who may not differentiate too much between the two, both custard and pudding can seem very similar. In fact, there have been plenty of times when people have confused custard for pudding and pudding for custard. With that being said, knowing the difference between the two of these delectable desserts is going to do a lot for you.

Not only will it help you know what you want to order next time you see both custard and pudding on a menu but if you plan on making either one of these treats for yourself, it will give you a good idea where to start and what materials you will need. After all, custard and pudding are different on a fundamental level.

Once you learn the differences between custard and pudding and why many people confuse the two, you will begin to know how to make two of the most popular desserts.

What Is the Big Difference Between Custard and Pudding?

The core difference between the two desserts is eggs. Custard utilizes eggs to get that thicker, firmer texture that so many people love about it. Pudding, on the other hand, relies on cornstarch to thicken the sweetened milk. There is some degree of overlap between these, though, as there are a few different desserts that can be classified as a hybrid between pudding and custard because they use a pudding base but add eggs to it.

But for matters of simplicity, the core difference between custard and pudding is the fact that one has eggs and one does. Another major difference is the way that these desserts are cooked. Traditional, old-fashioned (sweet) pudding is cooked by stirring the ingredients together in a saucepan on the stovetop without nearly as much hassle as custard.

When cooking custard, you have the choice to either bake it or stir it slowly and gently using a low heat setting. This can be somewhat time-consuming, although the reward at the end is well worth it. It is important to keep in mind that you should be prepared to take things slow and steady if you plan on cooking custard on your own.

Now that the main difference has been settled, it is also important to learn why so many people confuse pudding and custard and what exactly is so similar about these two desserts.

There is a good reason why people tend to confuse custard and pudding with each other. There are actually quite a few similarities between them. For instance, the ingredients of both desserts are the same, which likely contributes to the similar texture. These two desserts use milk, sometimes sweetened. Custard doesn’t always use sugar, unlike pudding, but this is another ingredient that they occasionally share.

Both of these desserts can also be presented in a similar fashion. Some people will cook the pudding or custard into a trifle. Other people will eat either treat on its own as they are plenty delicious without any toppings or anything special done to them.

Both dishes take a considerable amount of time to prepare and neither dish lasts very long once it is already cooked. If you are lucky, you can maybe get an extra day out of them, assuming that you know how to store both desserts properly. However, they often only have a shelf life of the same day that they are made.

Both desserts share very similar textures. They are both heavy, creamy, and often smooth and silky on the tongue. Of course, the taste is often different but with a texture as similar as they are, it is easy to confuse the two with each other.

Now that you know more about why people often confuse these items, you should now get a good understanding of what makes each dish unique.

Aside from being cooked with eggs, another major difference of custard is that it doesn’t use starch or flour as a thickening agent. Instead, those eggs work as the thickening agent. This creates the classic, firm texture of custard and also gives it its rich flavor. This also makes custard a slightly heavier dessert than pudding is, as eggs tend to be heavier than milk and cornstarch.

There is also a lot more versatility for stylizing desserts with custard. People might make crème brulee or they may make another notable dish such as pots de crème. Custard is often baked into pies, most notably bread pudding. Compared to pudding, which is usually a standalone dish, custard can be turned into quite a few different things.

Pudding, technically known as “blancmange” when referring to dessert puddings, has quite a bit that is different about it. Rather than using eggs as a thickener, pudding relies on either cornstarch or flour to act as a natural thickening agent, turning the sweetened milk into the delicious treat that everyone knows and loves. Sometimes cream is used rather than sweetened milk, though.

In terms of texture, pudding tends to be lighter and airier, depending on how it is made. Some people find this lighter texture preferable to the heavy custard while others don’t. There are also different flavors to choose from when you are working with pudding. Everyone knows about chocolate and vanilla flavors but there are also different flavors, such as mochaccino. You don’t traditionally flavor custard.

Pudding can also be turned into a savory dish, although this is far less common in certain countries. Savory pudding is also no longer known as blancmange. Savory pudding can be made from a number of different ingredients.

The most popular savory puddings are blood pudding and black pudding. These are often called puddings because they use the same method that regular pudding is used — cooking on the stovetop. Most people keep custard as a sweet dessert dish. 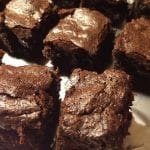 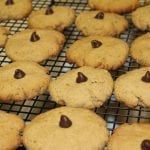 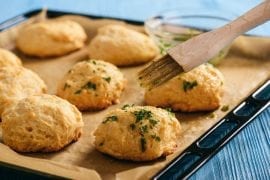 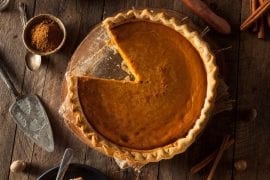 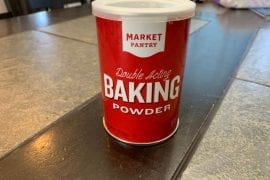 Why Does Baking Powder Have a Bitter Taste?