When it comes to baking, there are several key ingredients that are included in just about every single recipe. There is often going to be flour, butter, and even milk in the majority of baking recipes out there. Most people can agree that these ingredients are the crux of baking.

With that being said there are some ingredients that are completely overlooked, despite their importance in baking. One of the most prominent examples of this is the egg.

In most forms of baking, eggs are included in the recipe. For people who follow a vegan diet, there is often an egg-like substitute that can be added that mimics the cooking properties of an egg. The reason for this is because eggs provide a lot more than just substance for your food.

Eggs are a key part of the baking process for a good reason. For example, consider the cookie. When you add extra eggs or if you don’t use enough eggs in the recipe, the cookie will come out significantly different.

One way to learn about what exactly eggs do in cooking is to consider how they can alter a common recipe. However, before you can look at how eggs alter cookies, you will need to have a good understanding of what exactly eggs bring to the table in baking and what properties they can add to your food.

What Is Inside the Egg?

First, you should have a good idea of what each part of the egg contains in regards to cooking and nutrients. The egg white is going to be mostly water and protein, which is one reason why adding eggs often moistens foods. The egg yolk is mostly nutrients, vitamins, and fat. More often than not, it is included in recipes to add fat so that the recipe ends up working the way it is intended.

One thing to note about eggs is that despite just how many different types of eggs there are, most recipes will be working with large chicken eggs unless otherwise specified. Most eggs will also weigh about two ounces total, with about one ounce being for the egg whites, two-thirds of an ounce being for the yolk, and the rest being the shell of an egg.

Some recipes will call for egg ingredients by weight rather than by the number of eggs needed. These are often more precise and finicky recipes, and it will be important for you to use the proper measurements. You can rely on the general rule of thumb that eggs are two parts white to one part yolk when you decide to weigh the egg.

What Do Eggs Do to Food?

Eggs are an incredibly common ingredient and they are used for a variety of reasons. Some people use them to add taste to their meals while other people rely on the properties of the egg to make the recipe perfect.

Egg yolks and egg whites offer different properties, which is one of the reasons why some recipes will only call for egg whites or egg yolks, rather than whole eggs. Typically, egg yolks are used for their fat, which can help with texture, flavor, and binding liquids together. On the other hand, egg whites are used to help with whipping foods, adding a light and airy texture to them.

Egg yolks, due to their fat content, will often help to bind liquids and fats together, allowing them to become a homogenous mixture that can be more easily repurposed throughout a recipe, such as making a smooth batter. Less often, they are used for texture or adding flavor to foods, but there are still times when egg yolks are added to recipes for these reasons.

The way this works is that when an egg yolk is heated during the baking process, the proteins within the yolk will begin to unfold themselves and turn into a gel-like substance. This, mixed in with the other ingredients of a recipe, will thicken and smooth out the texture, allowing you to do different things with your food.

Recipes that rely on solely the egg yolk include custards, ice cream, crème brûlée, and curds. Solely egg yolks can sometimes include cakes, although some people rely on the egg whites as well because of the properties that those can bring.

In a sense, egg whites can be considered the opposite of an egg yolk. Egg whites are used during the whipping process to create foods that are light, airy, and almost foam-like compared to the thickening that egg yolks can do.

The whipping process involves whipping the ingredients together, allowing for millions upon millions of tiny little air bubbles to form, adding more volume to the food that you are working with. Most beginner bakers will learn that this is a delicate process, as there is certainly a thing as over-whipping food.

When that trapped air begins to expand in a hot oven, it begins to add even more volume to the food that you are working with. This is one reason why over-whipping food can lead to a disaster, as too many air bubbles expanding can alter the way the recipe is supposed to be. When a recipe includes solely egg whites as opposed to a whole egg, it is often because you need to whip everything together.

Recipes that rely solely on egg whites include meringues, macarons, marshmallows, and some types of frosting. It is rarely used in heavier baked goods, as the weight of these ingredients do not allow the egg whites to create a foam.

Now that you have a good understanding of what each part of an egg can add to a baking recipe, you can begin to understand the role of eggs in cookies, and what adding too little or too many can do to your recipe. More often than not, you will be working with whole eggs for cookies, although there may be a select few recipes that call for only egg whites or only egg yolks.

Egg yolks, specifically, will emulsify the cookie dough, thickening it and allowing it to whip slightly more efficiently than it otherwise would. Too few egg yolks will make it hard for the dough to spread, and the lack of moisture within the egg yolk will also leave the cookie with a drier texture than if you included egg whites.

Egg whites, specifically, will allow you to whip the cookie dough. It is immensely harder to cook cookies with only egg whites, meaning that the baking process is going to be prolonged. Adding only egg whites to your cookies is going to create dense and chewy cookies, with varying degrees of moisture depending on the number of egg whites used.

With all of this in mind, you can take to the kitchen and experiment with adding varying amounts of both egg yolks and egg whites to create the cookie of your dreams. Do keep in mind that, depending on the cookie recipe you are working with, the results may be slightly different than what you would otherwise expect. 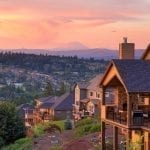 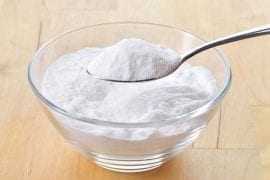 How to Thicken Cookie Dough (3 Simple Methods to Try) 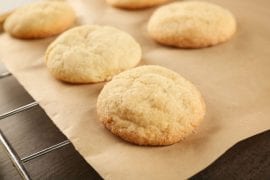